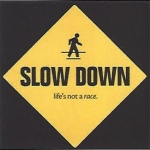 By Katherine Denton
Twenty-five years ago, I asked myself this very question. It changed my life. At the time, I attended a Kundalini yoga class taught by a brilliant yogi named Mukta Khalsa. She was radiant in her flowing white clothes and her white turban. She was over 50 years old yet her forehead was as smooth as a 10-year old’s. She could be the spokesperson for Oil of Olay.
The first class was intimidating. For one, there was a lot of chanting. She also led us into feats of contortion I didn’t know were possible. I was sweating by the time she told us to rest into Shavasana or corpse pose on our mats. During the next 15 minutes, Mukta played guitar and sang to us in Sanskrit. Later, she came around the room and used her fingers to attempt to rub out any tension between our furrowed brows. By the end of class, I didn’t want to get up.
As usual, after class, I followed my natural inclination to hurry. I quickly rolled up my mat, gathered my belongings and rushed the door. I skipped down the stairs and threw open the door to the outside. The blooming camellias were in my line of sight, but I dismissed them and hurried to my car. It was then that I physically stopped and asked myself, “What’s the rush?” 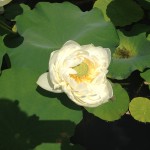 I slowed down my pace and took in my surroundings. My eyes rested on the flowers. I watched two chattering squirrels chase each other up a magnolia tree and I heard the coo of a mourning dove. Where was I rushing to? I didn’t have any pressing plans. I wasn’t late, so why was I practically running to my car? I had an epiphany that if I slowed down, I might be able to capture the serene calm and unflappable attitude of Mukta. The smooth forehead would be a bonus.
Are you in the habit of rushing around in hopes of possibly getting more done and having more time later for leisure? Despite the rushing, do you discover that you are unconsciously still running the race even during leisure?
So how do you slow down in a fast-paced world? First, you choose to slow down. The world will go on spinning without you attempting to outpace it. Make a conscious effort to slow down everything you do. For example: slow your rate of speech, your footsteps, eating, driving, work and family time.

The benefits of slowing down include making better decisions, weight loss, increased productivity, improved relationships, and stress reduction.
Wow… with all these benefits, plus looking younger, maybe it’s time to ask yourself, “What’s the rush?”